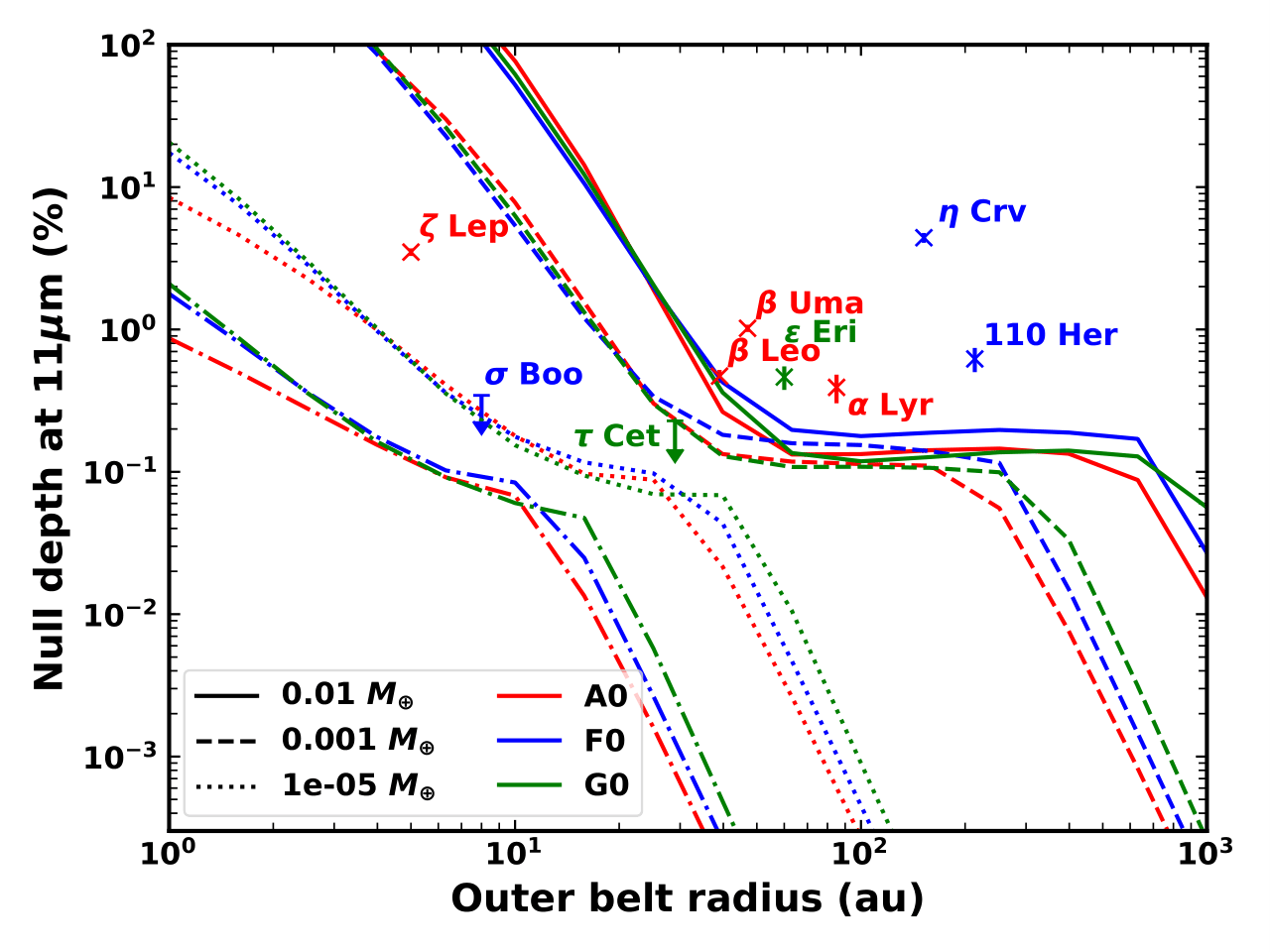 Given the short lifetime of dust grains close to the star, it is likely that exozodiacal dust originates further out in the planetary system. One possible transport mechanism is Poynting-Robertson (P-R) drag, which causes dust grains to lose angular momentum and spiral inwards towards the star. In Rigley & Wyatt (2020), we developed an analytical model which can rapidly be applied across parameter space to predict the levels of exozodiacal dust that should be dragged into the habitable zone of a star from a Kuiper belt analogue. The model was applied to HOSTS survey observations of exozodiacal dust from the Large Binocular Telescope Interferometer (LBTI). The main conclusions were:

In Defrère et al. (2021), this model was then applied in more detail to LBTI observations of β Leo. This is a nearby star which is known to host an outer debris disc at 30 au. We showed that the levels of dust dragged in from this belt are insufficient to explain the radial profile of dust seen with LBTI. By simultaneously fitting the radial profile of dust and the star's SED, we showed that by including an additional, warm asteroid belt, these observations could be explained simultaneously. 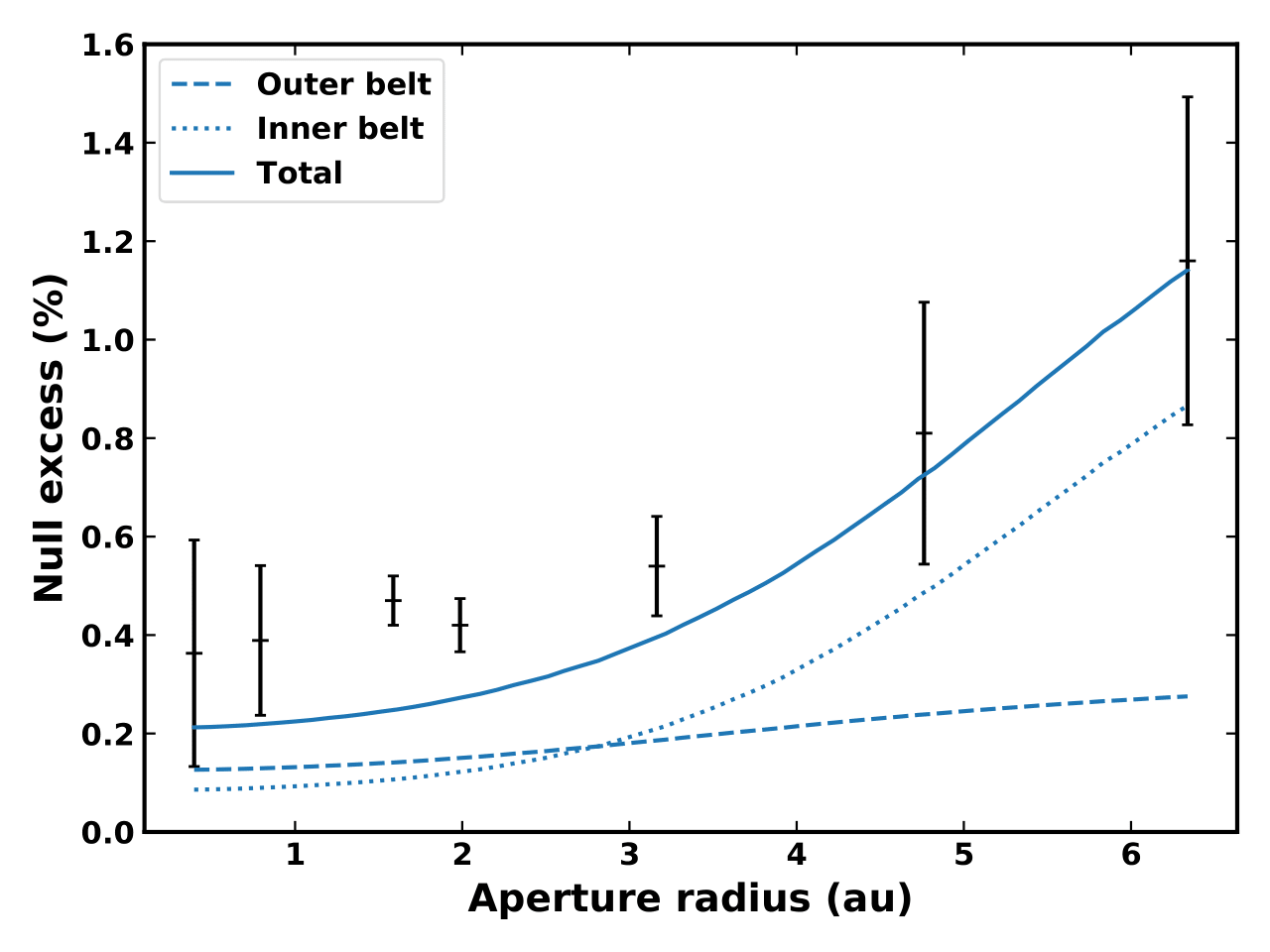 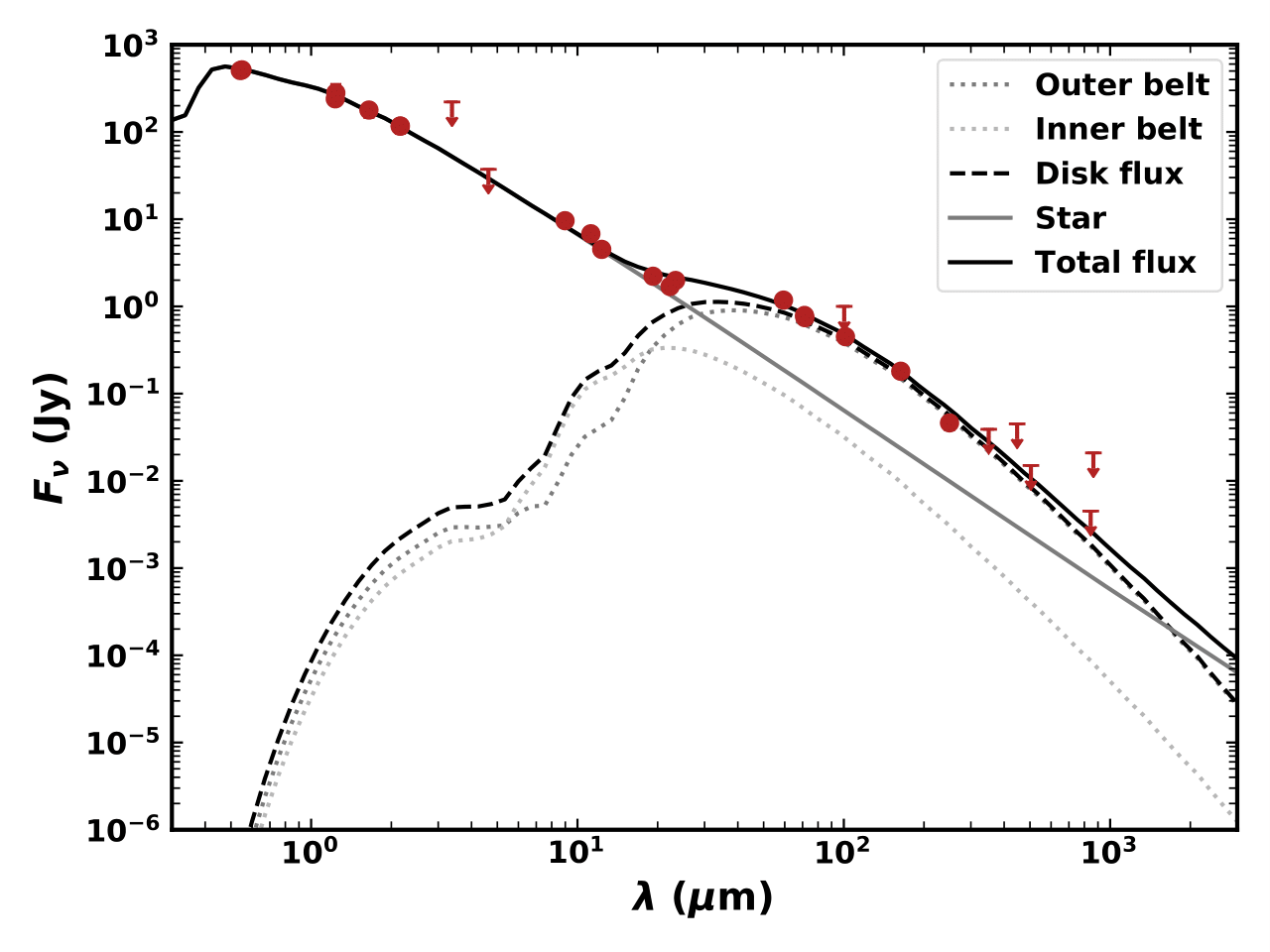 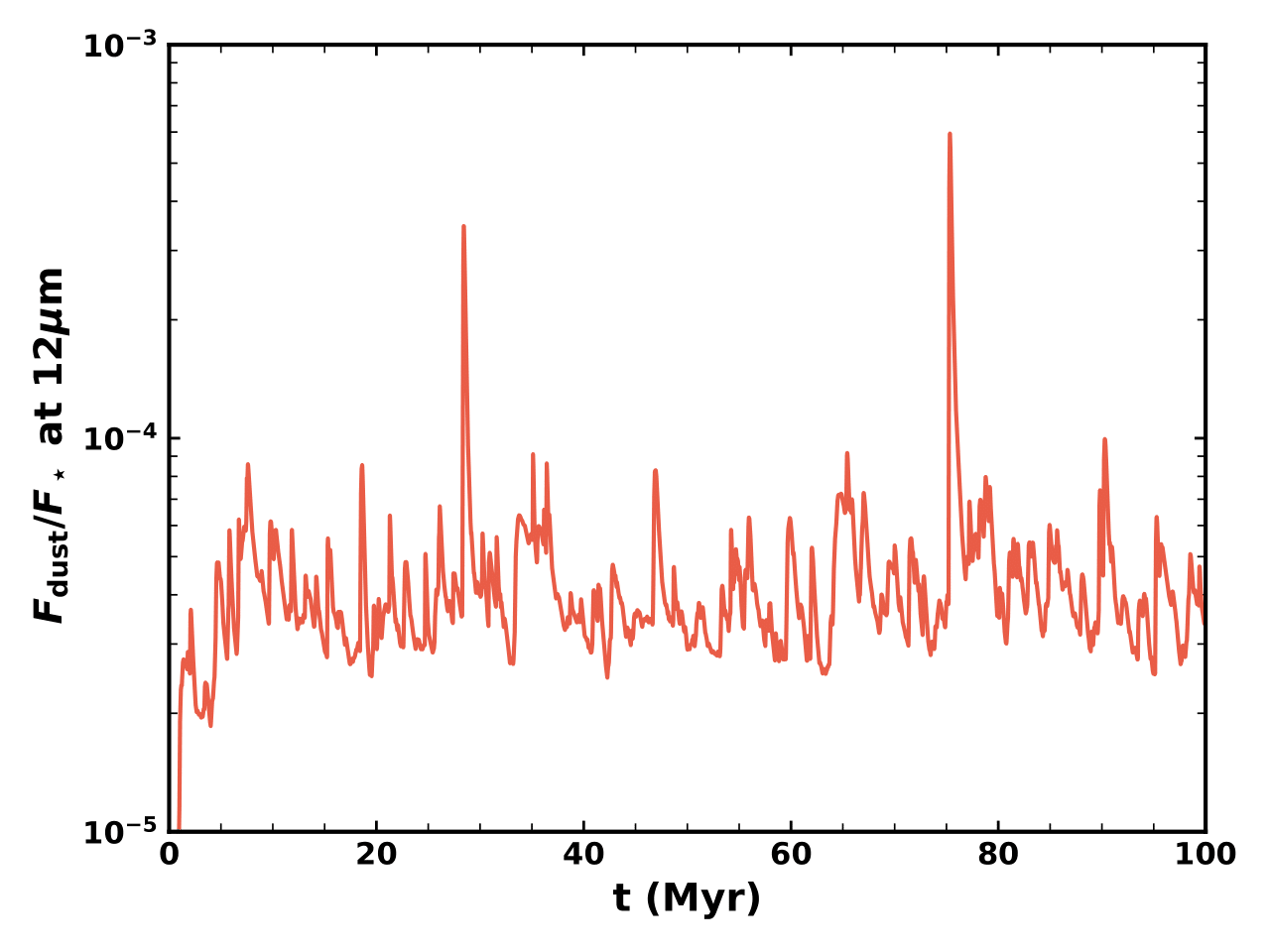 Another promising source of exozodiacal dust is exocomets being scattered into the inner planetary system. It has been suggested that the dominant source of zodiacal dust in the solar system is the spontaneous disruption of Jupiter-family comets. In Rigley & Wyatt (2021), we therefore developed a model for the cometary contribution to the zodiacal cloud as a result of spontaneous fragmentation of comets which takes into account the evolution of dust grains due to radiation pressure, mutual collisions, and P-R drag. We showed that: